I was tagged by my friend, Kerri, at Living Large in Our Little House for The Seven Links circle bloggers have been participating in. It seems like a good time to review what I’ve done, so here are my answers.

Here are my choices for the best posts during the past year, my first year blogging:

Even I was surprised at the number of views this post drew. I kept trying to figure out if it was the dogs or the wineries that people were interested in and finally decided that it was the combination.

Although my blog talks more about what to do in the Evergreen State and I don’t deem it controversial, this one caused a stir. Readers demanded to know if the cranberries were grown organically.

One of my most comprehensive posts, this suggests places in Washington that match up with the national travel trends predicted by Thomas Stanley in Luxury Travel Magazine.

I love that so many people want to travel with their dogs and Val makes it so easy to do with her books on where our canine friends are welcome.

Everyone in the state you talk to has an opinion on this, yet I received no comments.

Post I’m most proud of: Port Townsend:  A Victorian Seaport Now and Then

This was a tough one because I’m usually proud of one that has been written recently, but looking back this one has lots of good information for a visitor wanting to explore Port Townsend.

If you have any comments on the posts mentioned, pro or con, I would love to hear them.

NW Dog Blog:  You can get frequent, updated advice about traveling with your dog here from Val Mallinson.

Girl About the World:  Haley travels both inside and outside Washington and is based in Seattle. She’s got fantastic tips to offer travelers.

Stuck at the Airport:  Anyone who can post a blog everyday has my vote for most knowledge on the topic chosen. Harriet knows airports inside out.

Lighthearted Travel:  Although Marilyn lives in Oregon, she often writes about Washington and lots of other really cool destinations.

Going on Adventures:  Beverly has lots to talk about in the way of traveling adventures and it’s all good sound advice.

For relaxation, I read thrillers, thrillers and more thrillers. But I’m fussy about what I select. I don’t care for stories that have detectives or agents as the main characters and I’ve found legal thrillers, for the most part, a bit tedious. My attention wanes after just a few courtroom scenes. The ones I like the best have ordinary people as the heroes and heroines. 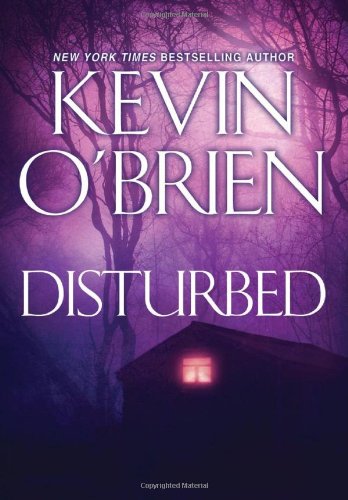 One of my all-time favorite authors in my particular genre has to be Kevin O’Brien who lives in Seattle. Because he talks about places I’m familiar with in his books, it’s not hard to visualize where a scene takes place and that makes the book that much more fun for me. 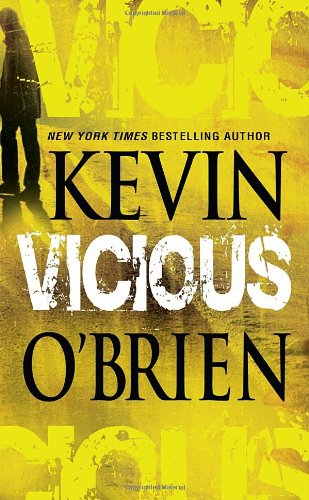 I keep track of what I read in a Word document. This is what I said about “Vicious,” which I gave five stars:  A thriller that kept me enthralled, one that I couldn’t wait to get back to reading and one that surprised me.

And “Final Breath,” which I also gave 5 stars and believe me, I’m very stingy with this perfect rating:  I wanted to be reading this all the time and not taking care of my responsibilities. A reporter and her son are stalked and “heroes” from her stories murdered. The body count was a little high, but the story moved right alone. A high octane thriller at its best. 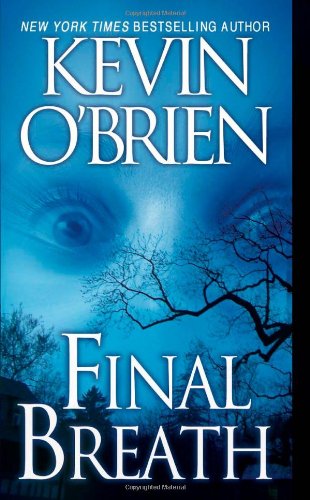 Now, I’m ensconced in his latest “Disturbed,” and I’d really like to go read instead of work, just like with the others.

Tons of different books, including guidebooks, have been written about Washington State, but I tend to refer back to the page-worn pets on my bookshelf.

The Dog Lover’s Guide to the Pacific Northwest by Val Mallinson – a comprehensive guide about the best places around to take your dog including parks, hotels and restaurants and Val updates it often.

Washington Trivia complied by John Hedtke – a great little paperback to take on trips and quiz your traveling partners with. Did you know that the cartoons on the J.P. Patches Show came out of his hat?

Waterfall Lover’s Guide:  Pacific Northwest by Gregory A. Plumb. Using waterfalls as markers on a scenic drive will take you in all kinds of new directions in this area.

Book Lust to Go by Nancy Pearl. Not a book about Washington, but by a Washington author. The only librarian with her own action figure, Nancy Pearl, writes about books and this one tells you which books to read prior to going to a certain destination to prepare for the culture. 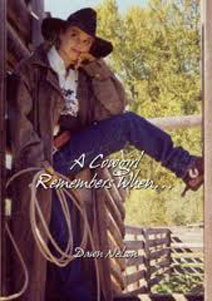 Win a copy of "A Cowgirl Remembers When..."

The Cascade Mountain Range divides Washington almost in half north to south. In Eastern Washington, on the east side of the mountains, the temperatures traditionally run warmer than over here on the west side of the range. Many differences exist between the two sides of the state. One of the most interesting to me is the number of ranches and the cowboys and cowgirls that run those ranches.

Through social networking, I met Dawn Nelson, one of those cowgirls, who is also an award-winning author. I’m giving away one of her books, “A Cowgirl Remembers When…” tomorrow. To be eligible to win, please follow the instructions at the end of this blog post. Now let’s hear from Dawn.

Where have you lived in Washington State?

Dawn:  I grew up in the small town of Danville, Washington with a population of well under 100. Now I live in Creston with 200 other people. It’s about an hour from Spokane. I love small towns!

What was your first experience with writing?

Dawn:  I was diagnosed with breast cancer in 2004 and started writing letters to my daughter when she was born in 2005. I was worried that she would never get to know who her mother was. So I sat down and wrote the short stories of my life, which turned out to be my first book, “A Cowgirl Remembers When.” After writing that book, I realized that writing was something I could do while I was healing from my surgeries, so I kept on writing. After several years of surgeries, I’m almost back to normal. 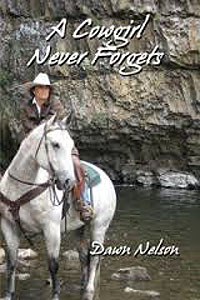 Not only did Dawn write this book, she's also the cover model.

How many published books do you have to your credit now?

Dawn:  Since 2009, I’ve had five books published. I have a sixth at my editor’s now and thirty-six more at home in different stages of completion.

Do you have a western theme in your books because that’s what you know the best?

Dawn:  Besides being what I know the best, it is also what I enjoy the most. I am trying to branch out into other genres, but western-themed books are my comfort zone.

Dawn:  It is full of adventure and inspiration for me. As I answer these questions, a cow is giving birth about 15 feet behind me in a calving pen. This time of year is when I can get most of my writing done. Calving season gives me lots of hours sitting here in the vet room waiting on a first calf heifer to calve. The rest of the year, I have to make time to write.

To win “A Cowgirl Remembers When,” which received the Academy of Western Artists’ 2010 Buck Ramsey Book of the Year award; please make a comment on this blog post by midnight, Friday, March 11, 2011. Be sure to include your e-mail address in the comments so that I can get in touch with you.   Thank you.

Congratulations to Bahiya S. who won a brand new copy of “The Cheap Bastard’s Guide to Seattle” by David Volk.

Bahiya – please send your mailing address to my e-mail, writemix@harbornet.com, and I’ll get the book mailed right out.

Thank you for all who entered and stay tuned for another book giveaway soon.

Events in and around Seattle you won’t want to miss: 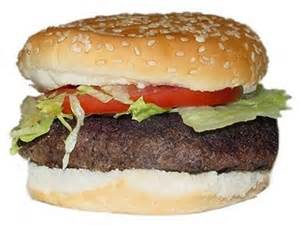 Craving a Pick-Quick burger? You’re in luck, the Fife location at 4306 Pacific Highway East, has reopened after their winter hiatus. 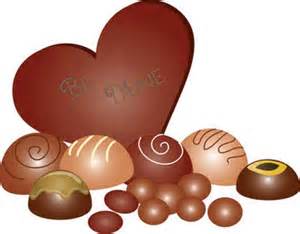 What goes better with wine than the right food? You guessed it – chocolate. The 2011 Enumclaw Chocolate Festival, with a host of chocolatiers and wineries represented, runs this Friday (February 4) and Saturday (February 5). Visit www.enumclawchocolatefestival.com for the location and times.

Although a bit on the last minute side, you might want to cancel tonight’s plans for this:

This 15 year-old malt Scotch whiskey will be featured in signature cocktails along with tasty appetizers.

Hot off the press, The Cheap Bastard’s Guide to Seattle by David Volk reveals all kinds of secrets for living the good life – for less – in Seattle. 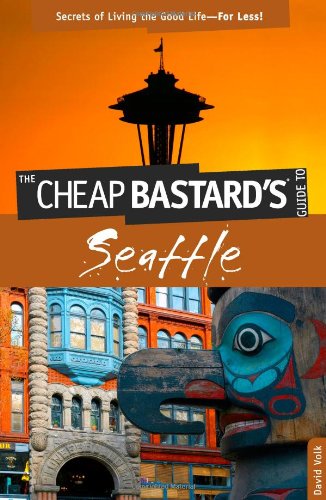 Did you know you can get free passes to advance movie screenings by signing up for the JW Film Club, www.janetwainwright.com/filmclub.htm?

Or that selected appetizers are free at Oliver’s at Mayflower Park, www.mayflowerpark.com/olivers.asp, from 4:30 to 6 p.m. Monday through Friday?

Or you can take a free beginning yoga class on Saturdays at Samadhi Yoga, www.samadhi-yoga.com?

Okay, that’s all the info I’m giving away. The book’s pages are packed with deals and discounts, plus it’s an entertaining read because David is a very funny guy.

David says, “Even though the book is all about free and cheap stuff you can do in Seattle, it isn’t about badgering merchants to save 5 or 10 cents on a purchase. Instead, it’s all about quality of life and finding ways to do things you would already do, for less.”

If you win the book, David will be happy to sign it at his next reading at Third Place Books in Ravenna, 7 p.m. on Tuesday, February 15th.

At his readings he always offers a prize to the person who brings in the best cheap bastard deal (as determined by the audience). You could be the proud owner of a screaming monkey doll, a carabener calculator, a mooing cow flashlight/key ring or something else.

Lastly he mentions deals almost daily on his Facebook fan page, The Cheap Bastard’s Guide to Seattle. You can also subscribe to a daily deal e-mail list at david@davidvolk.com or go to his blog at cheapbastardseattle.com. If there’s more than one good deal a day, you’ll find the additional deals only on his blog.

To win a copy of The Cheap Bastard’s Guide to Seattle, make a comment on this post and the winner will be announced on Thursday, February 3, 2011.