If you only have a short time to spend in Seattle’s downtown International District, I’ve picked four highlights you don’t want to miss.

Definitely, begin your day at the Wing Luke Museum with an added hotel tour, which is included with your admission fee. The information you’ll glean from the tour guide will serve you well for the rest of your day and maybe even longer. 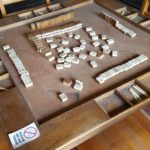 One of the games played in The Freeman Hotel by Chinese men.

Even though I’ve lived in or around Seattle my entire life, only recently did I visit the Wing Luke Museum and I was delighted with what I found. The museum’s namesake was born in 1925. His family immigrated to the U.S. when he was a young child and made their home in the University District. In 1962, Luke became the first person of color elected to the Seattle City Council. He was on his way to a promising political career and an advocate for the Chinese community, until unfortunately he was killed in a small plane crash three years later, at the age of 40.

Museum exhibits change often so you never know what you’ll find, but you can bet wars will be spotlighted, famous Chinese citizens showcased, and you’ll learn a lot. Definitely, tag along on the hotel tour. You’ll go next door to the Freeman Hotel, built in 1910. This lodging mostly catered to Chinese men who had come to Seattle to work. Each room came with one window and the larger rooms rented for 25 cents a night. Four or five men shared one of these larger rooms, which by today’s standard were tiny, to save money. They needed the cash they saved to buy all their meals and send home to their families. 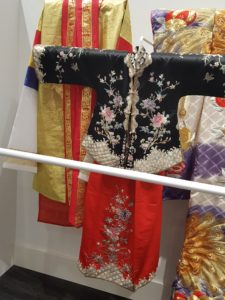 After your museum visit, pop across the street to Tsue Chong Company, a 100-year-old noodle factory. You can buy the same noodles there that the restaurants in the International District use in their meals. But my favorite item to purchase is their flavored fortune cookies. Flavors change, but the day I was there they had lemon, chocolate, mocha, vanilla and gingerbread. They taste great and what a conversation-starter if you serve them at your next dinner party.

Sometime during the day, I highly recommend you dine at Tai Tung, the oldest Chinese restaurant in Seattle. They have all the regular Chinese-American favorites like pork fried rice, chow mean, chop suey and shrimp egg foo young. 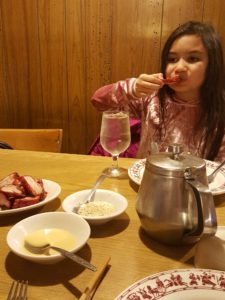 One more stop to complete your International District visit should be the huge Uwajimaya store on 5th Avenue. There you’ll discover most of the weird fruits and vegetables used on the “Chopped” TV show, plus lots of live, edible marine life. If you don’t want to cook, they have a plethora of restaurants where you can order already-prepared food.