This past weekend we had the pleasure of visiting a museum like no other in the Hillyard district of Spokane. That’s why it’s called the “One-of-a-Kind Museum.” Marvin Carr is the owner. 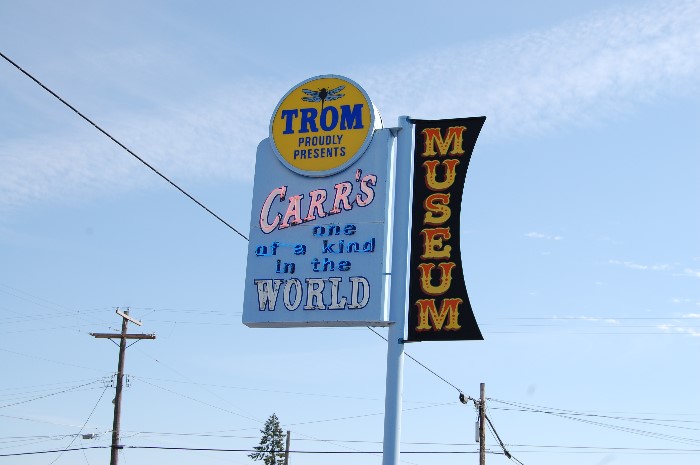 A little background about how Carr’s collection got started:  He worked for the railroad, but was forced to retire due to an injury. That’s when he decided to put his energy into building a museum. He collects what he likes and has many “firsts” and several that are the “only one in the world.”

What I found amazing is he doesn’t have a computer or a cell phone, yet he still buys one piece a month to add to his collection. People call and ask if he wants what they have to offer. When he does buy a piece, he researches it extensively at the library so he knows the history behind it.

That’s why when he gives museum visitors a personalized tour, which he does for everyone; you come away with a wealth of knowledge. At 84 years of age, Carr is very sharp and tells some fascinating stories.

When you enter the museum, you’re greeted with life-size lady mannequins that seem so real you want to introduce yourself to them. Then there’s a powder blue limo owned by Jackie Gleason, an 1800 carousel horse, and life/death masks of several movie stars on the wall. Carr showcases the ship, Royal Louis, built out of matchsticks, the oldest typewriter in the world and German nutcrackers that go through 130 different processes before they are declared, “finished.” 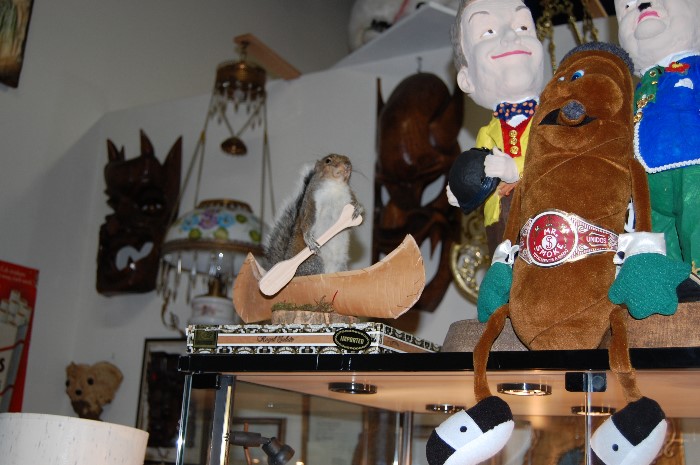 One of the many squirrels exhibited throughout the museum

Carr has even made some of the exhibits. I suspect some of those might be the many different character squirrels spread throughout the museum.

What really impressed me about the museum was how clean and organized it is. All the exhibits and the floor are spotless. Although there’s no common theme for what’s there, other than they are items Carr likes, it’s not cluttered or in chaos.

I’d tell you more, but I really want you to visit the museum and see for yourself this hidden treasure in Spokane.