Fall is almost upon us. 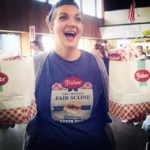 September 2-25:  Washington State Fair in Puyallup, A week longer than normal, but closed every Tuesday during its run. This is the most popular fair on the west side of the mountains. To see everything, it might take you two full days. Fisher scones, Clydesdales, competitions, Super Heroes, funnel cakes, dinosaurs, and more.

September 9-18:  Bellingham Beer Week, Fifth annual celebration of the craft beer scene in our city to the north. Participants include Chuckanut, Boundary Bay, Kulshan, Aslan, Wander, Structures, Menace and Stones Throw. For other beer coverage across the state, check with my friends at the Washington Beer Blog.

September 23-25:  Port Townsend Film Festival, 98 films at six different theatre venues, one of which is outside.

Wings over Washington in Seattle is a new attraction on Pier 59 at Miner’s Landing in Seattle. Purchase your tickets at the same place you buy them for the Great Wheel. This flying theatre transports you over and through some of the best scenery in the state. Once you’re strapped into your seat, the chairs drop and you become a part of the landscape and seascape. It feels so real, that I ducked and lifted my feet to avoid the obstacles. 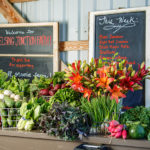 The Thurston County Bountiful Byway, is now open so anyone can travel the 60-mile loop filled with fresh food and beverages. “This new program will further the Bountiful Byway’s mission to bring visitors hungry for local produce, craft beverages and farm fresh fare straight to the source,” says Shauna Stewart, executive director of the Olympia-Lacey-Tumwater Visitor & Convention Bureau.