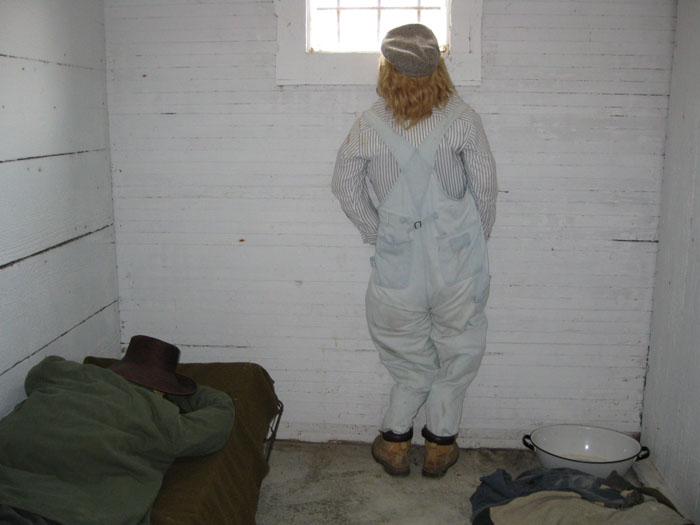 "The worst county jail in the state of Washington."

When I’ve driven by this place in the past, I thought the museum was only the one house I saw behind the sign. So I’d never made the time to check it out as a full-on history museum. I was blown away by what I saw this past week, because the entire museum is not one building, but eight, the grounds cover 1.6 acres and the place tells fascinating tales of San Juan Island history. 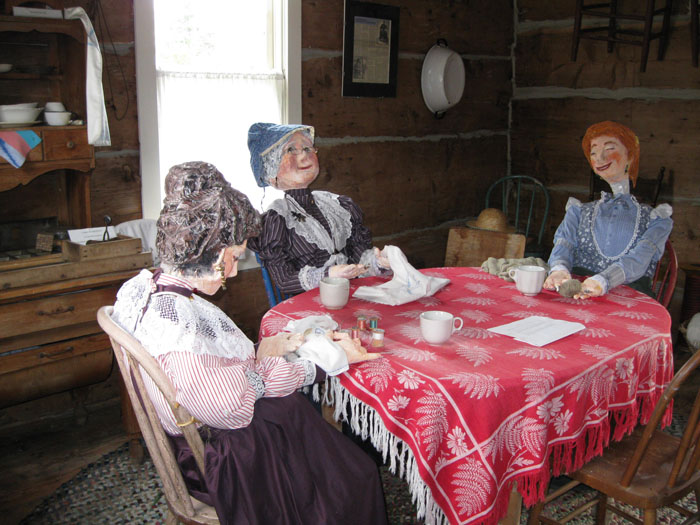 Currently located on the James King farmstead property, each of the eight buildings – a carriage house, a milk house, a barn, the Scribner log cabin, an old shed, the resource center, the farmhouse and the first county jail – lets visitors discover what island life was like over a century ago. The two-level farmhouse was built in 1894 (29 years after the civil war) and housed three bedrooms upstairs. In later years it was turned into a rooming house for teachers. Filled with furnishings and items you needed to live, the farmhouse stirs memories of simpler days.

At this time in history, there was no organized ferry service in Friday Harbor – that won’t happen for another thirty years. The 1887 territorial census says 550 residents lived in all of San Juan County. The James King farmhouse was recently completed and 72 years later it became a part of the San Juan Historical Museum.

Let’s talk a little more about the jail. They always seem to depict at least some of the character of a place. It was originally built near the Court House in 1894 and cost $234.50. It had three cells and an office. From the 1890s until 1971 local lawbreakers were locked up here until it was declared “the worst county jail in the state of Washington.”

At that time it was turned into a storage shed. During its reign as county jail its most notorious guest was Richard Straub who hanged on the lawn outside the jail in 1895 – San Juan County’s only execution.

Throughout the different buildings you’ll find artifacts like “noiseless” typewriters, adding machines, a wheelchair and an old switchboard. One display is a turnkey for twisting out aching teeth which really looks like an instrument of torture. Two original horse-drawn carriages, the rudder from a shipwreck off Hannah Heights and so much more dating to the turn of the century.

Bring a lunch to enjoy on the outdoor picnic tables.

Plan ahead to partake of the many activities the museum offers through out the year.